"In our mad dash through the mud, we cruised past AMD just in time to catch an earful of The B-52s doing “Private Idaho” before parking it in front of the Austin Ventures stage for White Dress, a band heretofore unbeknownst to us. We’re chuffed that they’re now beknownst to us, as their set was an unexpected pleasure. White Dress is a trio of two guitarists—one of which does double-duty on keys—and a drummer, who are led by songwriter Arum Rae Valkonen. At their best, the band was reminiscent of PJ Harvey, doing plaintive, bluesy dirges that Valkonen absolutely wailed, a sound that must have carried far past the port-o-cans that were directly in her line of sight. The band alternated between these heavy, bewitching numbers and a few serviceable dance-rock numbers, while also sprinkling in a couple of unremarkable, sentimental 4/4 pop songs. The latter were difficult to wait out after witnessing the kind of power the trio was capable of, but ultimately we left excited about the band’s potential." from Brian Carroll, see http://austinist.com/2009/10/05/more_acl_day_three_capsules_rodrigu.php 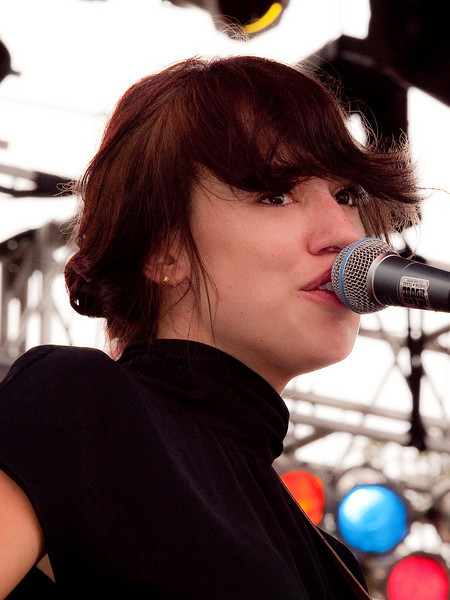