Photos of Warren Hood and his band, captured at Momo's at one of his regular Sunday evening gigs, July 10, 2011.

From Warren's bio, from his website: Warren Hood is an accomplished musician who plays violin, fiddle, mandolin, and composes and sings as well. He lives in Austin, Texas and performs with his local band, Warren Hood and the Hoodlums, in a blend of jazz/blues/newgrass acoustic fusion of music, on Sundays @ Momo's. In the 2005 Austin Chronicle Best Musician Awards, Warren was voted #1-Best String Player and his band was voted 2nd in the bluegrass category, by the Austin readers of this entertainment weekly.

Warren is also the fiddler for the Waybacks, a San Francisco based acoustic/Americana "all-terrain" band that tours regularly around the country and is fast gaining notoriety. Warren began playing fiddle at age 11 and studied classical violin for a number of years. At age 17 he won the Austin Youth Award and performed as soloist with the Austin Symphony. Warren graduated from Berklee School of Music, excelling @ his craft, where he prior to graduation won the "String Achievement Award" - Berklee's highest honor, as selected by the faculty. The award is for those students "who as leaders in their field, will make a mark on the future of music." http://www.warrenhood.com/bio.htm
Read More 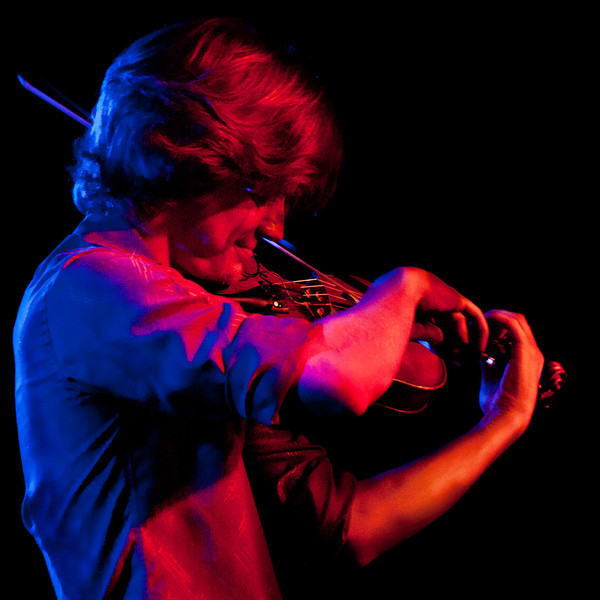 Warren Hood and the Hoodlums
Momo's
Austin Texas
Sunday July 10, 2011
Photo by Sean Murphy © 2011.
Please do not reproduce without permission.