"In Junior's hands, the guit-steel is an amazing tool, a means to creating some of the hottest, most heartfelt playing heard in years (and in a town like Austin, that's saying something). His talents have led major magazines like Musician to herald Junior as a genius. Life magazine honored him as the only contemporary musician included in their "All Time Country Band," and Guitar Player magazine's 1994 "Best of..." listings made him their #1 lap steel player, #2 Country Artist, and #3 country album (Guit With It).

Instrumentalist is only one of the hats the 58-year-old is comfortable wearing – along with singer, songwriter, and producer – and he is equally adept and impressive in each role, having turned professional as a teenager in the late 60's. Following years as Austin's best-kept secret, then a few more as the town's one must-see act for visiting musicians and label heads, Junior Brown and his music have since found an audience far beyond the Lone Star border. Junior's first two albums (12 Shades of Brown and Guit With It) have helped establish him as a crowd favorite from Texas roadhouses to the hippest clubs of New York City and Europe." excerpt from Junior's official website at http://www.juniorbrown.com/junior-browns-bio/biography-of-junior-brown
Read More 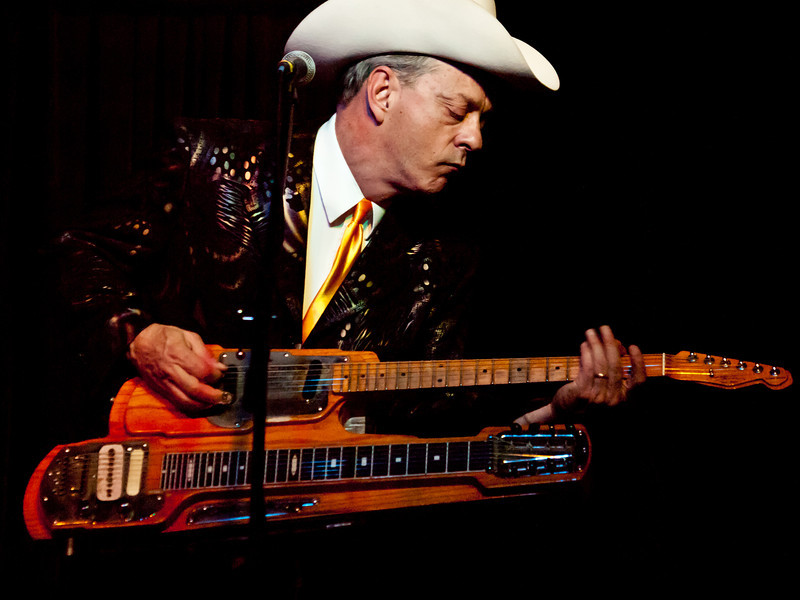