Appearing on the list as the second best moment of ACL is Gary Clark Jr. No. 2, Best Reason to Care About the Blues Again: Gary Clark Jr. Gary Clark Jr. opened up his set with a little bit of virtuosic noodling, as if to inform the audience that, yeah, he's got chops.

Born and raised in Austin, TX, Clark began playing guitar at age 12. He performed small gigs throughout his early teens before popping up on the radar of legendary promoter Clifford Antone, owner of Austin blues club Antone's. Through Clifford's connections, Clark was soon sitting in with and learning from an array of musical icons, including Jimmie Vaughan. Vaughan, and others in the Austin music community, mentored Clark along his path, facilitating his steady rise on the Texas music scene. His peers have showered him with acclaim for his galvanizing live performances. In 2001, Austin’s mayor, Kirk Watson, declared May 3rd to be “Gary Clark Jr. Day.” Clark was 17 years old. Clark went on to win the Austin Music Award for Best Blues and Electric Guitarist on three separate occasions, in addition to receiving awards from various blues magazines and associations around the country. After playing the nationally televised show Austin City Limits and touring with such artists as Jimmie Vaughan, Pinetop Perkins, and Doyle Bramhall II, Clark released two self-produced albums, and composed the original score for the film Full Count. Clark’s creative versatility and love for not just blues, but also soul, hip-hop, classic rock, and jam bands, has allowed him to transcend his own musical talents. He starred alongside Danny Glover and Stacy Keach in John Sayles’ 2007 film Honeydripper. In 2010, Clark was the only young newcomer to be selected by Eric Clapton to perform at the Crossroads Guitar Festival, where he performed with Doyle Bramhall II and Sheryl Crow. excerpt from: http://www.garyclarkjr.com/bio
Read More 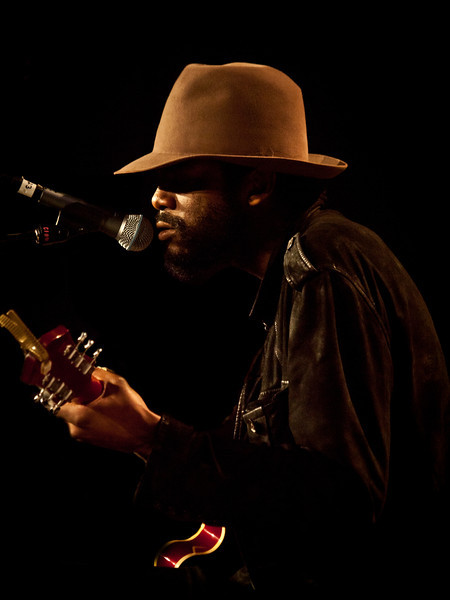