I was lucky enough to catch Colin and his band at the morning KUT Showcase at the Hilton Hotel during SXSW 2011, March 19. "Colin Gilmore's 2010 release "Goodnight Lane" has set the stage for his 2011 endeavors. Independently released, and co-produced by Grammy-winner Lloyd Maines, "Goodnight Lane" has already landed a 4-star review in Mojo, a B+ review in the Austin American Statesman and was hailed as the "best country album of the year," by the Hartford Courant's Eric R. Danton, just to name a few. Having grown up in Lubbock Texas amongst musical greats such as Joe Ely, Terry Allen and Colin's own father Jimmie Dale Gilmore, Colin has created a style of music many have compared to Buddy Holly, The Clash and John Prine. He has spent the last few years touring the US, opening for such acts as Alejandro Escovedo, Mason Jennings and the Flatlanders (who recorded his song "The Way We Are" and saw it become their album's number one selling song on iTunes.) His live shows combine the raw energy of Colin's punk influences with the delicate grit of his Texas upbringing, and a pop-sensibility that led Mojo's Sylvie Simmons to call him "A West Texan Nick Lowe." As Austin360.com's Michael Corcoran states, "Colin Gilmore uncorks deep feelings on “Goodnight Lane” while never letting the bubbles go flat. In doing so, he’s put himself right back in the troubadour game. These are songs you’re gonna want to hear live." http://austin2011.sched.org/event/18eff1a28c98aff53e96ae869a8111b3
Read More 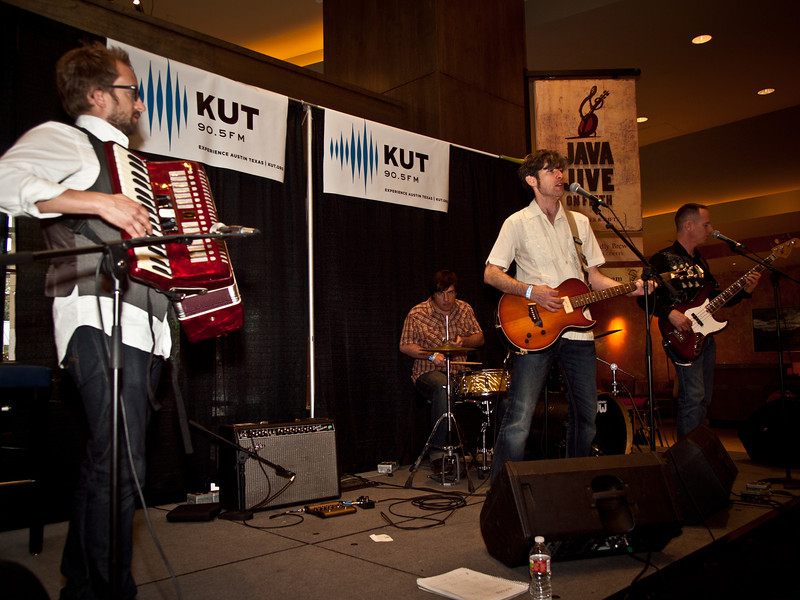