The Bright Light Social Hour, Live In Concert at Momo's during SXSW 2011:

The Bright Light Social Hour sort of took on the role as hometown heroes during last week's SXSW festivities. After all, the quartet does boast the honor as Austin's Best Indie band of 2009-2010 according to The Austin Chronicle's Austin Music Awards. The glitzy, psych-blues band members come central Texas-grown. After a handful of EPs, they dropped their self-titled full-length debut in September.

Matt Reilly from University of Texas' KUT introduced the madmen at the station's official showcase at Momo's. Synth rained down on easy beats and surf guitars when The BLSH took the floor. They hollered in party camaraderie during fist-pumpers like "Back And Forth" and "Bare Hands Bare Feet," and on "Detroit" — "the one about love-making" — mellowed out with a mild falsetto. by Beca Grimm, March 21, 2011
Read More 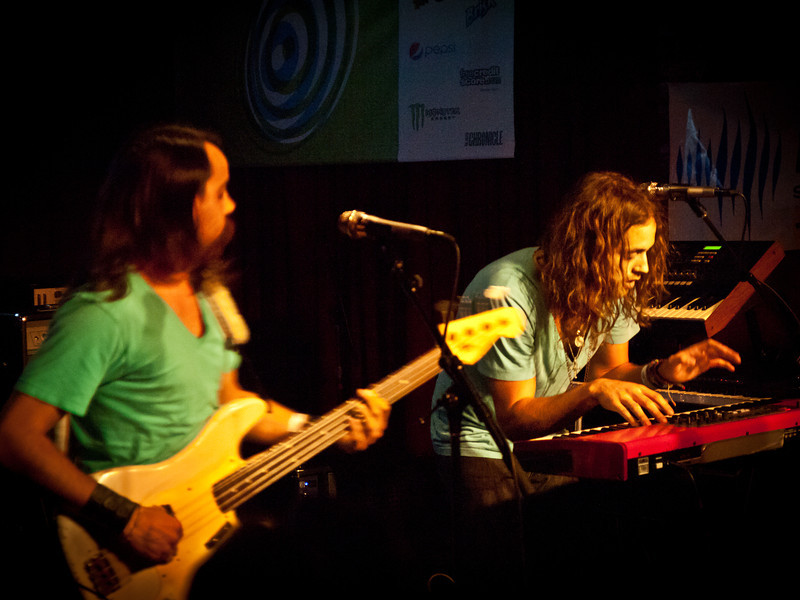